The National Children of Wales Awards are thrilled to be supporting the NSPCC (The National Society for the Prevention of Cruelty to Children), a charity campaigning and working in child protection in the United Kingdom and the Channel Islands.

The wellbeing of children and young people is central to what the NSPCC stands for. They have been operating for the past 100 years, relying on public donations for 90% of their funding.

Startling statistics show that 1 in 5 children across the UK will suffer from domestic abuse or neglect.

Rory was one of those children.

Ever since he was a young boy, Rory’s step-father would routinely abuse him.

He was a builder by trade, and his strength rendered Rory powerless.

His step-father would also sexually abuse his mother most nights, leading Rory to feel trapped and scared.

These experiences led Rory down a dark path of suicidal thoughts.

He explains one suicide attempt, saying:

“I jumped out of my bedroom window and broke my leg. He came outside, seen what I’d tried to do, laughed it off, and said I can stay there until I freeze. Then he slammed the door, and I slept outside that night with a broken leg.”

Rory explained that his step-father would give him a list of everything he had done wrong, and would force Rory to write him an apology letter.

When writing this letter, Rory had to hold one of his hands flat on the table. Whenever he made a mistake, his step-father would bend one of his fingers back until it popped. This led to Rory’s entire right hand being broken.

Throughout his abuse, Rory was told that if he said anything, his step-father threatened to murder his mother in front of him, and then murder him.

Rory’s ordeal finally came to an end when his step-father was arrested for trying to murder his mother and younger sister, as Rory’s auntie had caught him in the act.

The trauma resulted in Rory being diagnosed with severe depression, and led to another suicide attempt.

He decided to reach out to the NSPCC, and soon began regular counselling sessions which completely changed his life. Of these sessions, he said:

“If it wasn’t for the amazing counsellor at the NSPCC, I would either be dead right now, or in a very dark place.”

There are countless other children who, like Rory, have been through unimaginable trauma but who have found solace with the NSPCC.

Supporting the NSPCC is a very proud moment for us, and we hope that other children like Rory, who are too afraid to speak out, will find the help that they desperately need through this fantastic charity. 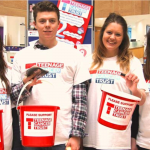 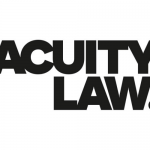 Introducing Acuity Law, one of our Cast & Crew Sponsors