Meet some of our shortlisted nominees – Poppy Roberts

Poppy is an 11-year-old young fundraiser who is a registered young carer for both her siblings as they have disabilities. Despite all the hurdles in her life she is such a bubbly and kindhearted young lady. She is the first to always offer help to whoever needs it and she will do everything with a big smile!

Poppy has raised nearly £15,000 for Giddos gift, a charity local to her in North Wales. She has been a proud a young ambassador for Giddos gift for two years, and she was recently invited to open their retreat caravan. She raises money in various ways, including designing and making creative packs to give to young people in hospital that are suffering with cancer. She has made 150 packs so far and intends to keep continuing with this project as long as she can.

Poppy is also a great fundraiser for 3Dkids Anglesey, a charity that helps families just like hers, she supports all their events by volunteering her time and has raised over £3000. Her fundraising efforts don't stop there, she supports so many charities and does as much as she can to help.

Poppy also has a love of animals and just two years ago she began collecting supplies and fundraising for the Welsh Mountain Zoo, she helped bring together food and bedding to care for 1,000 animals.

She has inspired so many others and she regularly invites her friends to help her fundraise too. She loves to design and create events and to help others by raising awareness and funds.
For her fundraising activities, Poppy has received a Hidden Heroes Award from her local MP Virginia Crosbie and a Points of Light Award from the Prime Minister. 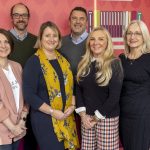 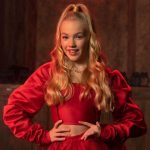 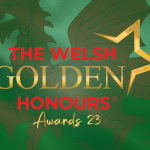